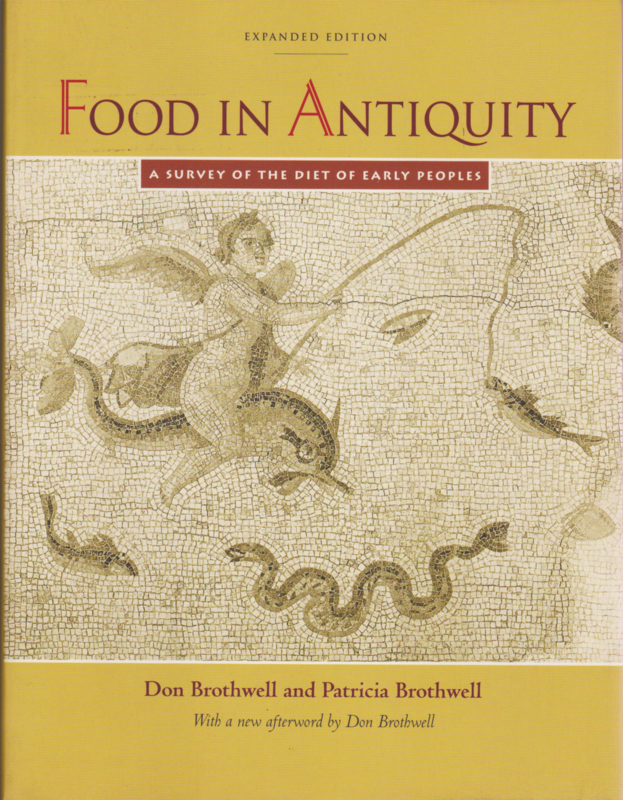 A survey of the diet of early peoples

A world-wide survey of the eating and drinking habits of early peoples, Don and Patricia Brothwell's Food in Antiquity covers a broad geographical range, from the early populations of Asia, Sub-Saharan Africa, and the Americas to the more familiar Egyptian, Mesopotamian, Greek, and Roman worlds. From meat, insects, vegetables, and fruits to cooking oils and beverages, each source of sustenance is described in terms of who consumed it, how it was prepared, and how it spread from its region of origin.

The Brothwells' treatment is engaging and the information they provide fascinating. We learn, for example, that the vinegar carried by Roman foot soldiers on long marches was mixed with water to serve as a refreshing drink and that fungi provided a reliable source of diet for peoples from Europe, Australia, Japan, and China. The authors consider such questions as whether St. John ate carob or actual locusts in his desert hermitage and whether ancient farmers may have rid their crops of troublesome pests by capturing and eating them. They discuss cannibalism, food taboos, and the radical changes that took place with the introduction of the domestication of animals. The story they unfold is a compelling one that sheds much light on the intricate detective work, the problems and rewards, of biological research in archeology.

Price does not include shipping costs