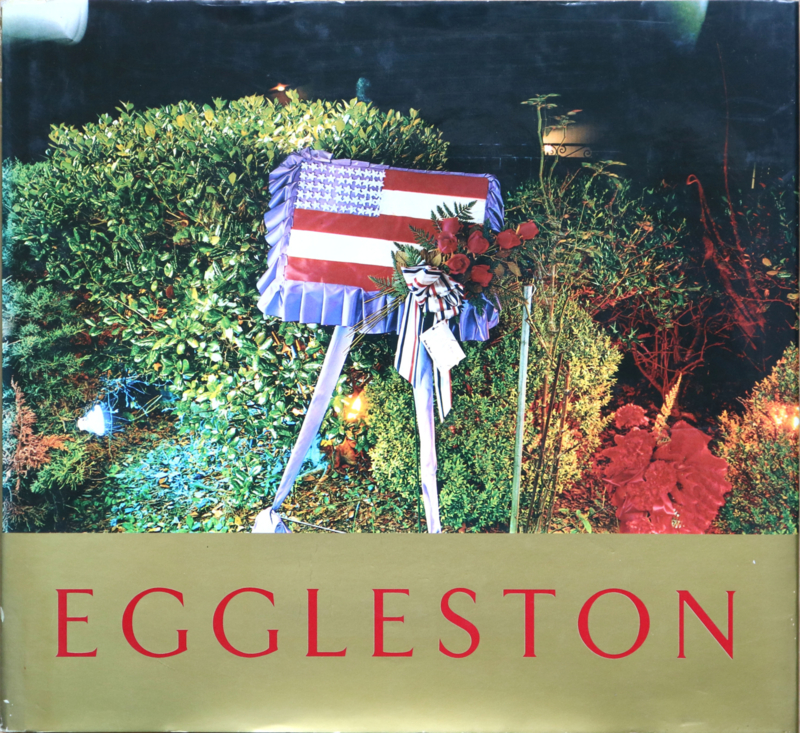 A collection of photographs chosen from Eggleston’s earliest photographs taken in the American South, Africa and also England.

Published in 1992 by Jonathan Cape, to coincide with an exhibition originating at Barbican Art Gallery in London.

William Eggleston, the pioneer of colour photography, shocked the art world in 1976 with his exhibition at The Museum of Modern Art in New York and his accompanying book, William Eggleston's Guide. The exhibition validated colour photography as a legitimate artistic medium. Alongside his friends Lee Friedlander and Gary Winogrand, Eggleston is regarded as one of the most inventive and radical photographers of modern times. His reputation continued to grow with the publication of The Democratic Forest in 1989, an epic drawn from over ten thousand prints, with an introduction by Eudora Welty. It was described by The New York Times as the first masterpiece ofcolour photography. Eggleston has always lived in Mississippi and Memphis. His work is deeply rooted in the South, but he transcends the label of Southern artist. His range is international.

This book, published to coincide with an exhibition originating at Barbican Art Gallery in London, is the first time work from his whole career has been gathered to form a coherent sequence. It follows a course of ancient and modern from Mississippi to Louisiana and into Elvis Presley's mansion Graceland, through the Oil rigs in Tennessee and the orchards of the Transvaal, to the slopes of Mount Kenya and down the Nile, with the collection ending on the lyrical imagery of the English rose. The cumulative effect of Eggleston's startling work reinforces his reputation as a major American artist, whose significance extends beyond the world of photography.

William Eggleston was born in 1939. He lives in Memphis. He obtained his first camera in 1957 and two years later was profoundly influenced by Cartier-Bresson's book The Decisive Moment. In the late Sixties he began to experiment with colour photography and showed his prolific output to John Szarkowski at The Museum of Modern Art in New York, who greatly encouraged him. In 1974 he was awarded a Guggenheim Fellowship and was lecturing at Harvard. His exhibition in New York in 1976 was an important event in the history of photography and many of his dye-transfer prints were exhibited for the first time. In 1978 he was developing video technology at the Massachusetts Institute of Technology. During the Eighties he travelled all over America, in Europe and Africa. The publication of The Democratic Forest in 1989 was widely acclaimed. He spends much of his time drawing and painting, listening to baroque music and developing loudspeaker technology.