Signed by the author! 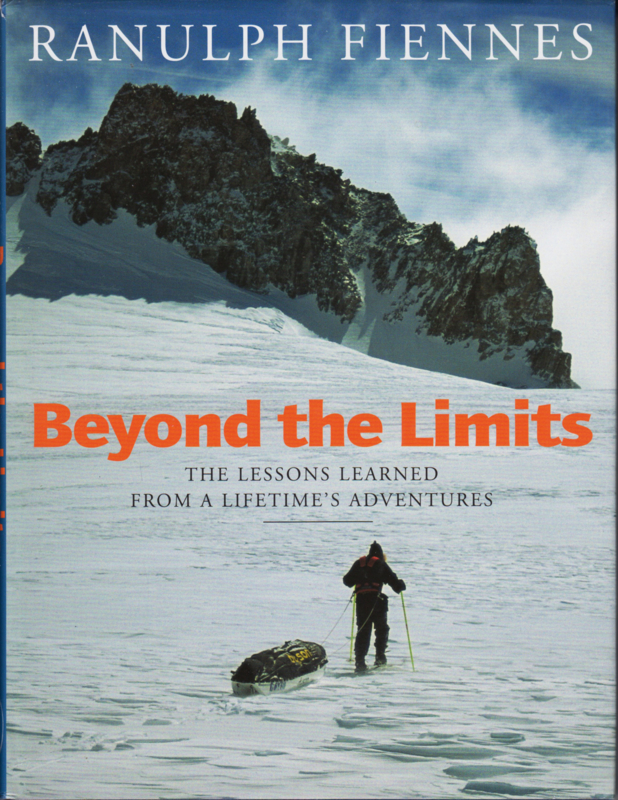 Beyond the Limits, Ranulph Fiennes

The Lessons Learned from a Lifetime's Adventure

Sir Ranulph Fiennes is, according to The Guinness Book of Records, 'the world's greatest living explorer'. In a career spanning over thirty years he has circumnavigated the globe, broken numerous exploration records and experienced more than his fair share of triumphs and disasters. The high points are many, but there are low points too: the failed expedition to Antarctica in 1996, when Ran had to turn back because of a kidney stone problem; or the solo and unsupported attempt to reach the North Pole in 2000, which ended in severe frostbite and near death. And the low points are important; they are there to be learned from.

In Beyond the Limits Ranulph Fiennes looks back over a lifetime's extraordinary adventures and assesses the lessons he has taken away from each one. Beginning with his army days in the late 1960s, fighting communist insurgents in Oman, and encompassing expeditions to such places as British Columbia, Egypt and Norway as well as the famous Transglobe voyage and the many polar explorations, Fiennes takes us through each episode and offers frank and fascinating insights into where and why things went right or wrong. We learn the importance of preparation, of studying the competition and thinking laterally about your goal and how to achieve it; the vital stage of choosing the right team to back you up, and how to keep people on-side when firm leadership is required; the essential attributes of persistence, flexibility and physical fitness; and the value of not resting on one's laurels — or being put off by failure.

These are lessons Ran has learned the hard way, often the hardest way imaginable, and although they came about through the specialist field of exploration, each lesson and insight has applications in all walks of life, from businesses big and small to personal development. It is a wonderful testament to an amazing career, with an inspiring message that all things are possible ifyou work hard enough to achieve them.

Sir Ranulph Twisleton-Wykeham-Fiennes, Bt, OBE, served as a lieutenant in the Royal Scots Greys before secondment to the SAS. In 1968 he was posted to the army of the Sultan of Oman, and was awarded the Sultan's Bravery Medal two years later.

Since 1969 he has been at the forefront of numerous major exploratory expeditions around the world. In recent years, he was successful in leading an international team to the legendary lost city of Ubar, described by T. E. Lawrence as 'the Atlantis of the sands'. His most outstanding achievement to date came in 1993, when he and Dr Mike Stroud completed a 97-day crossing of the Antarctic landmass, setting world records for both the longest unsupported polar journey and the first unsupported crossing of the continent. Sir Ranulph's expeditions have raised over f4 million for the Multiple Sclerosis Society, funding the building of Europe's first MS research centre in Cambridge. In 1993 he was awarded an OBE for 'human endeavour and charitable services'.

A bestselling author, Ranulph Fiennes' books include the autobiography Living Dangerously, The Feather Men, Mind Over Matter, The Sett and Fit for Life.