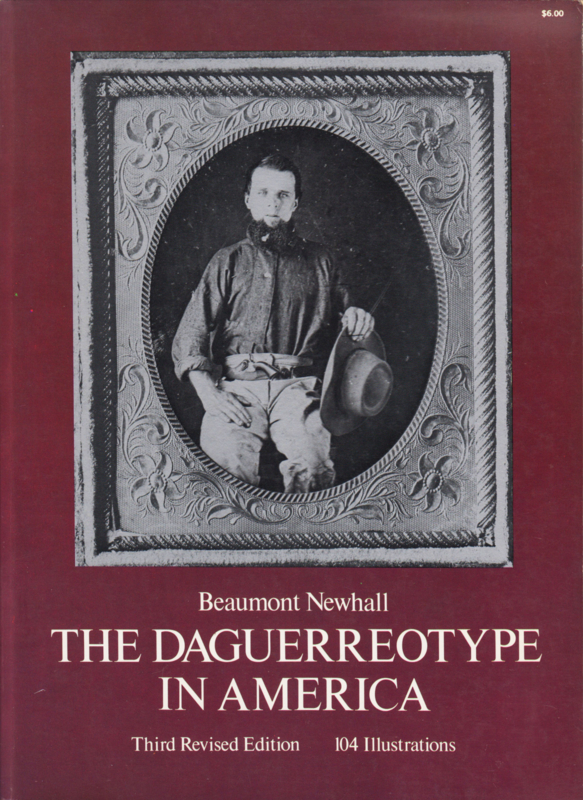 The Daguerreotype in America, Beaumont Newhall

The daguerreotype process was discovered by a Frenchman and used all over Europe, but it was in America that it probably achieved its greatest popularity. The camera operators loved the daguerreotype as well, and many raised their efforts to the level of art. The daguerreotype was both a fad and a unique art form, and Beaumont Newhall chronicles its brief, tumultuous life in this fascinating, illustrated volume.

Accompanying the text is a plate section that depicts dramatic and important daguerreotypes in 104 clear photographs: ordinary men, women and children of the time; geographical views, such as Chestnut Street in Philadelphia, the Cincinnati waterfront, and San Francisco; scenes of ships, a locomotive, a bridge, a daguerreotype gallery, an Indian camp, etc.; and portraits of famous people, including Abraham Lincoln, Daniel Webster, Henry Wadsworth Longfellow, Edgar Allan Poe, Sam Houston, John Brown, and others. Captions give titles, dates, current location of plate, and daguerrotypist (where known)

Beaumont Newhall was director of the George Eastman House (now International Museum of Photography) in Rochester, N. Y. , and is the author of many other books on photography and photographers. The original edition of this book was uniformly acclaimed when it first appeared in 1961, and this third edition contains all the original text and illustrations plus sixteen more pages of plates, corrections and minor revisions of the text, and an updated bibliography. All amateur and professional photographers, and photography historians, will find this an illuminating and beautiful volume.

Third revised (1976) edition. Biographies, notes on the text, notes on the plates, selected bibliography, and index. 104 photographs, 16 other illustrations.