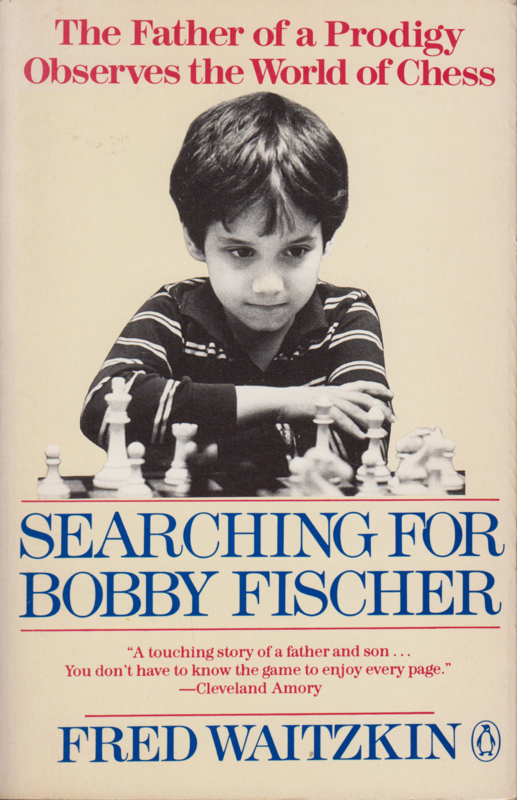 The Father of a Prodigy Observes the World of Chess

The story of Fred Waitzkin and his son, from the moment six-year-old Josh first sits down at a chessboard until he wins the national championship. Father and son are drawn into the insular, international network of chess, meeting people who have given up everything for the game, discovering hustlers who survive on their meager win- nings, and traveling to Russia, where chess is both a popular and a political game. The pressures faced and created by father and son are brought into relief against Waitzkin's search for Fischer, whose myth still dominates the chess world and profoundly affects Waitzkin's dreams for his own son.

Fred Waitzkin was smitten by chess during the historic Fischer-Spassky championship in 1972. When Fischer disappeared from public view, his interest waned—until his own son Josh emerged as a chess prodigy.

"The intense saga of three years in the life of a real American chess prodigy... Waitzkin leaves the best for last, an exciting finish that will thrill even chess bumpkins." — The Milwaukee Journal

Searching for Bobby Fischer is  "The quest is beautifully resolved ... in a contest that knits together all the book's rich themes." —Christopher Lehmann-Haupt, The New York Times