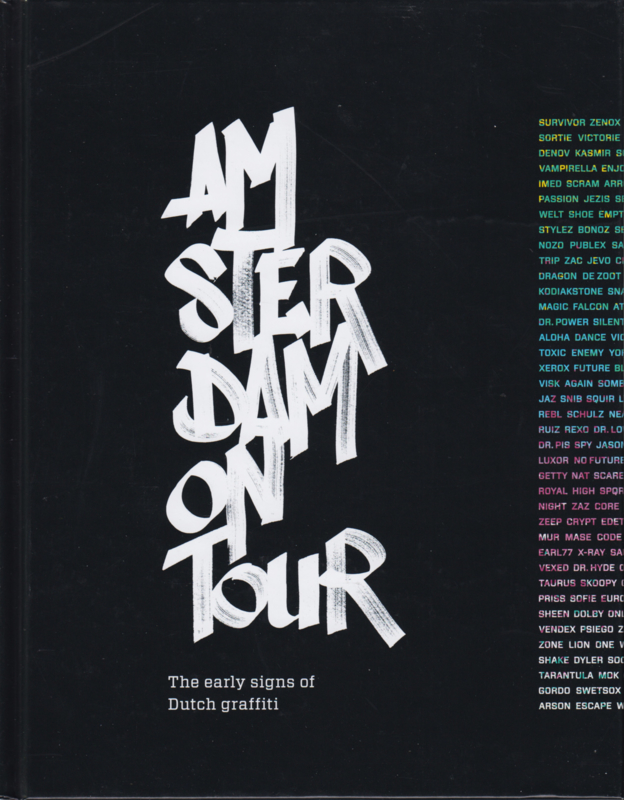 Back in the day, before hip-hop ruled the planet, Amsterdam had its own home-grown graffiti culture. The streets and alleys were covered with the markings of rebellious youth, long before the New York style of graffiti became a widespread hype in Europe. Punk rockers, Disco fans, hooligans and other rebels all wrote their messages on the walls. The styles were richly varied and the messages equally so.

AMSTERDAM ON TOUR describes the rise and development of graffiti in Amsterdam until 1985.
This is the first time ever that this story has been carefully told. Over 30 graffiti artists from that special scene tell their stories in a unique collection of words and pictures. This book traces the deepest roots of a phenomenon that developed into one of the biggest visual cultures known today.

So take a trip through painted streets and tunnels, relax on a fully-scribbled park bench, feast your eyes on the trams passing by and catch a glimpse inside the insane Amsterdam graffiti scene of the late 1970s and early 1980s.