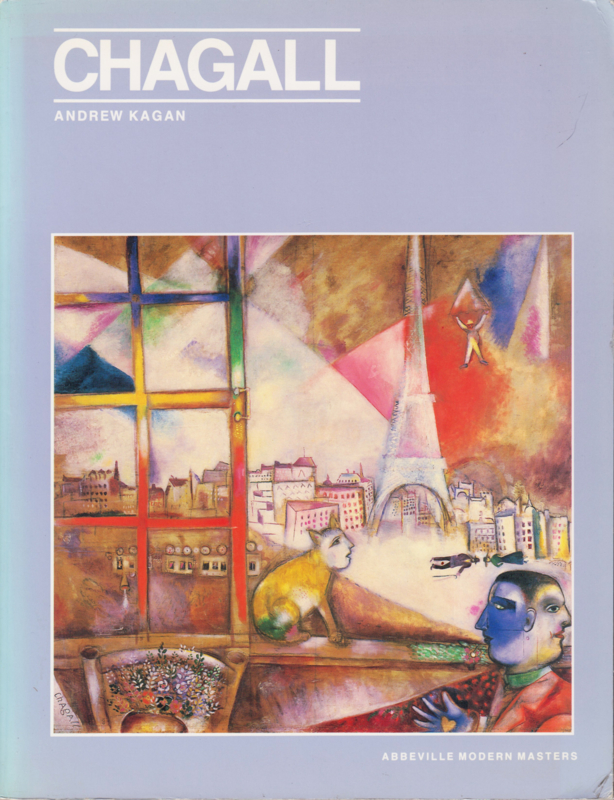 Chagall's sprightly fiddler on the roof and his romantic airborne lovers—affectionate icons from the artist's early days in a Russian village—have become some of the most familiar and most loved figures in all of twentieth-century art. This spirited addition to Abbeville's highly praised Modern Masters series— generously illustrated with images in all of the artist's diverse styles and media—skillfully recounts the full story of Chagall's long and adventurous career. Particular attention is paid here to the multifaceted creations of his later years, when he imaginatively explored the possibilities of sculpture, graphics, tapestry, and most brilliantly, stained glass. Throughout all ninety-seven years of his tumultuous life, Chagall remained almost unsinkably lighthearted, expressing an exuberant joy in living that infused his art and makes this wideranging book such a delight to look at and to read.

About the Author Andrew Kagan is an internationally noted art historian, critic, theorist, and consultant. He received his M.A. and Ph.D. at Harvard and has taught there, at Bennington College, and at Washington University. From 1975 to 1989 he served as an advisory editor of Arts Magazine, and he was formerly critic of art, music, and architecture for the Saint Louis Globe-Democrat. Dr. Kagan's many publications include Absolute Art and the widely acclaimed Paul Klee: Art and Music, as well as volumes on Ernest Trova and Michael Rubin.