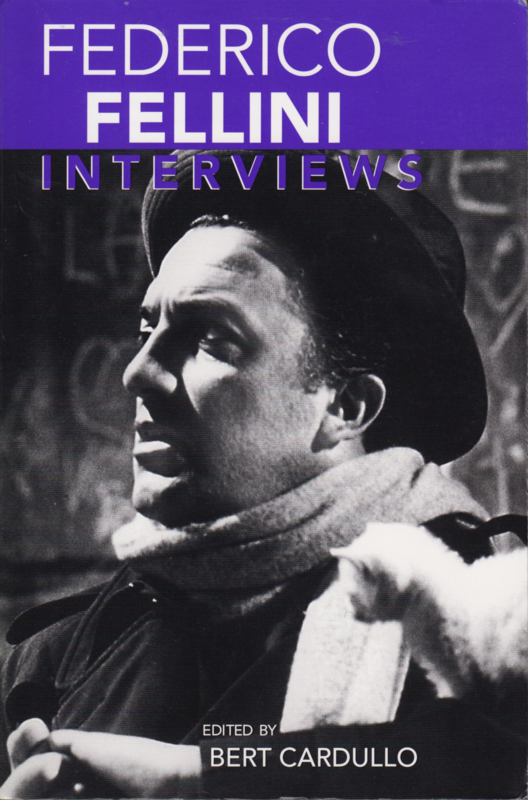 "A film takes form outside your will as a constructor; all genuine details come through inspiration."

The films of Federico Fellini (1920—1993) deal equally with truth-tellers and pretenders, realists and fabulists. His colorful, surreal vision of cinema is so distinctive that the term "Felliniesque" is common among film buffs, even those who have not seen any of his films. This collection of interviews spans the director's entire career from 1957 to 1993.

Even in his interviews, Fellini activated his feverish imagination. Friends and enemies alike were quick to call him a bugiardo—a big liar. lt is perhaps more accurate to note that, as in his films, Fellini understood the inherent theatricality of all performance, including the interview form, and that artifice is just as revealing as plain truth. In his conversations with interviewers and the media, he often blurred the line between factual truth and sheer invention.

Bert Cardullo is a professor of American culture and literature at Ege University in Izmir, Turkey. He is the author of In Search of Cinema: Selected Writings on International Film Art and Vittorio De Sica: Director, Actor, Screenwriter.