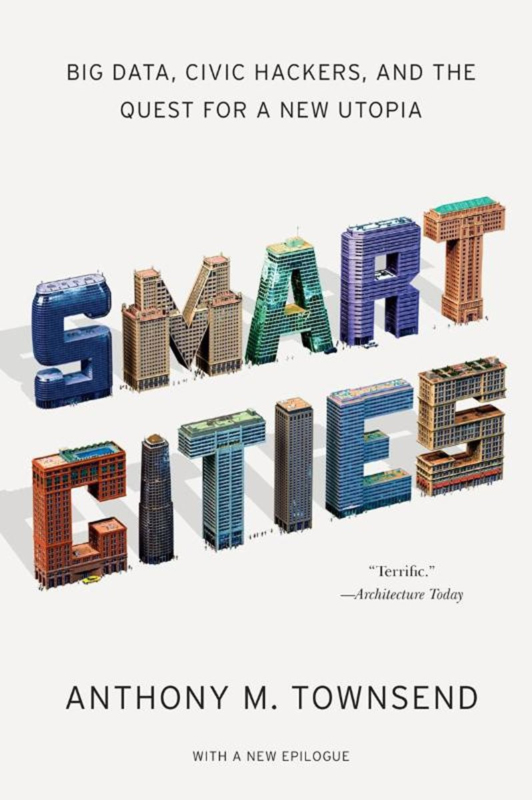 BIG DATA, CIVIC HACKERS, AND THE QUEST FOR A NEW UTOPIA

We live in a world defined by urbanization and digital ubiquity, where mobile broadband connections outnumber fixed ones, machines dominate a new "internet of things," and more people live in cities than in the countryside. In Smart Cities, urbanist and technology expert Anthony Townsend takes a broad historical look at the forces that have shaped the planning and design of cities and information technologies from the rise of the great industrial cities of the nineteenth century to the present. A century ago, the telegraph and the mechanical tabulator were used to tame cities of millions. Today, cellular networks and cloud computing tie together the complex choreography of mega-regions of tens of millions of people. In response, cities worldwide are deploying technology to address both the timeless challenges of government and the mounting problems posed by human settlements of previously unimaginable size and complexity. In Chicago, GPS sensors on snow plows feed a real-time "plow tracker" map that everyone can access. In Zaragoza, Spain, a "citizen card" can get you on the free city-wide Wi-Fi network, unlock a bike share, check a book out of the library, and pay for your bus ride home. In New York, a guerrilla group of citizen-scientists installed sensors in local sewers to alert you when stormwater runoff overwhelms the system, dumping waste into local waterways.