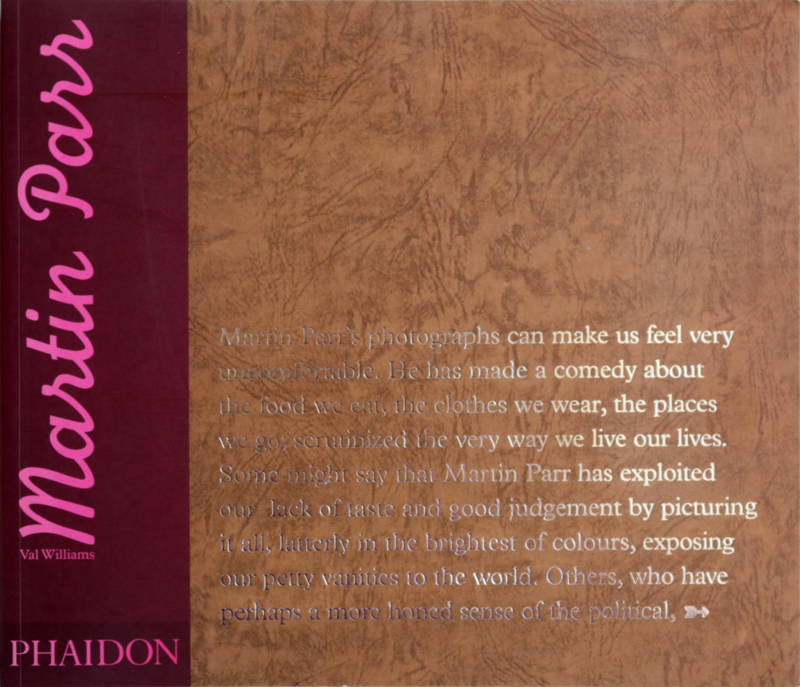 Val Williams charts Parr's development as a photographer, from his early inspirations and outings with his grandfather, through his student days in Manchester and experimentation with documentary and art photography, to his sharply critical observations of the effects on global consumerism on our daily lives. Williams assesses contemporary reactions to his work as well as the social contexts in which the photographs were made. While she worked in close collaboration with Parr, having full access to his archives and based on extensive interviews with him, she retains a critical distance with which to evaluate his work and his public persona as a 'controversial' photographer.

Beginning with Martin Parr's early black and white work, and moving through the development into his signature color-saturated photographs, this newly updated monograph provides a complete overview of the acclaimed Magnum photographer's career to date. By placing every day at center stage, Parr is best known for his sharp and witty visual chronicling of British (and later, global) idiosyncrasies. Parr's photographs have received popular acclaim, provoked controversy, and been applauded for their critical observations of the world we have built and inhabit.