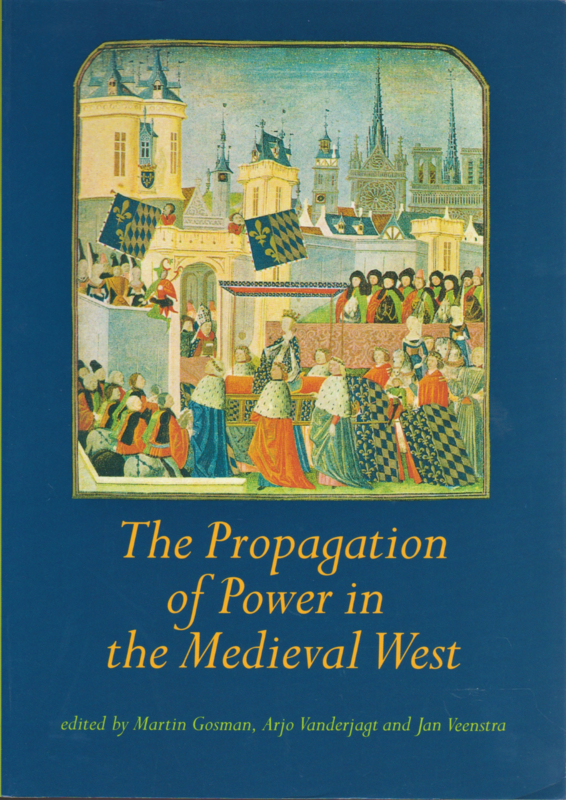 The Propagation of Power in the Medieval West, Martin Gosman, Arjo Vanderjagt and Jan Veenstra

The relationship between those in power and those are not occupies not only the people concerned, but also scholars interested in the study and analys of the mechanisms that condition processes of human society. This question is particulary interesting in medieval and early modern times (800-1600, when attemps were made to impose ecclesiastical, princely and municipal power-structures on the people. Implementation of power met with considerable difficulties: on the hand those in power were confronted with the limits which their context imposed or with obstaclesthey could not ingore; on the other, those found themselves in subservient positions could not negate the wishes of the mighty, althoughthe often did their best to get round the rules they were supposed to respect. A conflict arose between a society in which theological and moral arguments were though adequate to justify the ordo naturalis, and the increaslingly powerful new administrative and legal systems that derived from Roman law.

This volume offers a selection of the papers presented at the conference on The Propagation of Power in the Medieval West sponsored by the Netherlands Research School fot Medieval Studies.
These papers bring into focus some of the effects of the changes which rulers wished to implement and the difficulties which they met in trying to do so. The (pseudo)motivations exploited by those in charge are also discussed, in order to asses the structures that guaranteed the position of the latter and the interests of the nations which the planned to build.