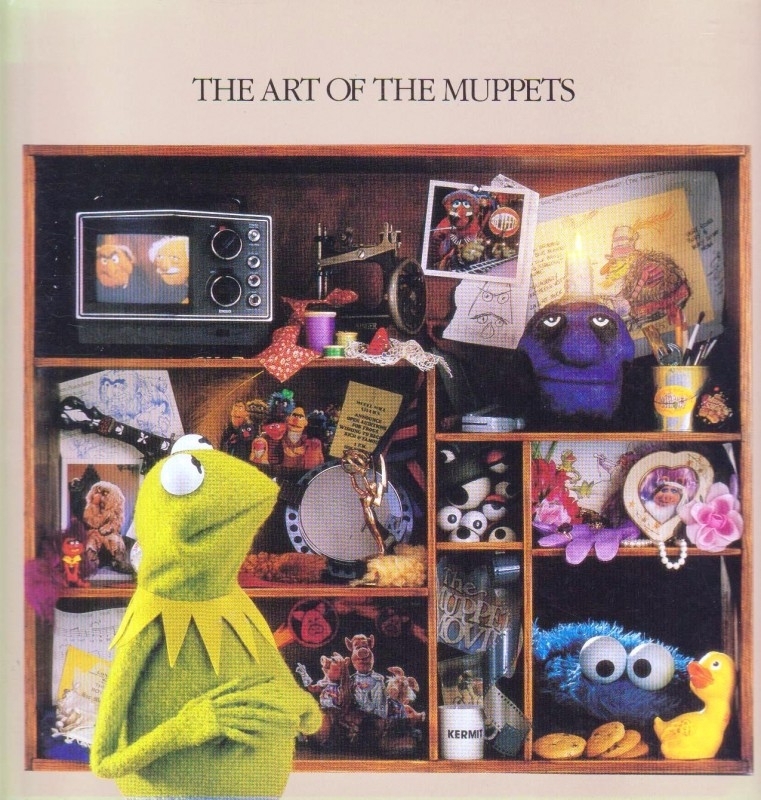 The Art of the Muppets, the staff of Henson Associates

A Retrospective Look at Twenty-five Years of Muppet Magic

Behind the scenes:
Twenty-five years of Muppet Magic

Early in the summer of 1979, a modest exhibit opened in Lincoln Center`s Library and Museum of the Perfoming Arts in New York. Its was entitled "The Art of the Muppets", and it gave the public an intriguing look backstage at the Muppets` own private world.

The resulting delightful exhibit attacted startling crowds and the attention of the museum community. By Christmas a much expanded version was on view in the San Dieogo Museum of Art; what began as a small summer diversion had become a major event, and a three-year tour destined to reach many America`s most prominent museums was soon under way.

It became obvious that the public was eager to know more about the Muppets, their history, how they are made and manipulated, and the people behind them. This book, beautifully designed, assembled with the same care and deication the Muppets lavish on their own creations, and written from their own position of unique insight, is the result.